Well known for its’ damp climate, due to its’ weather systems being driven over the Atlantic by the Gulf Stream, it transpires there’s more in the Clouds over Ireland than just rain.  Apparently, that’s where your email is as well, courtesy of Microsoft.

The judgement that the FBI doesn’t have jurisdiction to emails held on those Irish servers is hardly a surprise.  What may come as a surprise to a lot of people, however, is that the cloud is actually physical.  Servers that actually exist!! 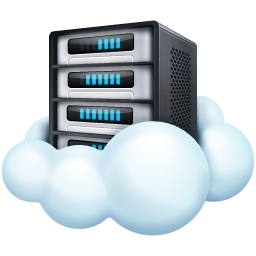 It reminds me of the children’s nursery story – “The King Clothes” – where the king was ripped off by unscrupulous tailors who made the finest clothes – so fine you couldn’t actually see them.  And it took an innocent child to point out at the Kings parade, that he hadn’t actually got anything on!

The cloud is like the reverse of that.  “The cloud is so fine you can’t actually see it.”  “But Daddy, what are all those tin boxes over there – in Ireland”.

Given that the Cloud is just a bunch of tin boxes located in Ireland, why would anybody pretend it’s anything other than a “data centre”?  Because data centres are old hat.  Cloud marketing can sniff an opportunity to keep you off balance, worried about this great new technology, with benefits and threats and opportunities – none of which really exist, except in the imaginations of cloud marketers and … on some tin boxes in Ireland.

Funnily enough, tin boxes in Ireland are more expensive than owning your own tin box in your own office.  But you’d no longer be on the Cloud and you’d be missing out on those other benefits(?)!  Is this yet another great IT rip-off?