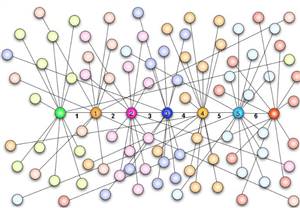 Whilst ambling around the local streets, walking my dog, I found a USB stick lying in the middle of the road.  With nobody in sight, I was faced with two choices;

It’s the Good Deed choice, every time for me!  Thing is, when I looked at its' content, there were no identifying marks, address etc.  but there were a few pictures.

That’s when I wondered “how about posting a couple on Facebook, with an explanation, to see if any of my connections could point me in the right direction”.

Turns out that none of them did – but somebody who one of them knew did.  This took a couple of hours form initial post to contact by a friend of the owner!

An hour or so later they had their USB stick (and photos) back.